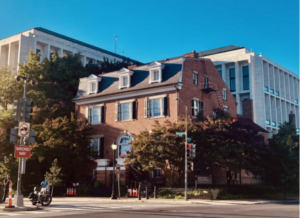 Amy Mason is the Vice President of the Washington, DC Operations for HPM Contracting. Beyond being a leader among women in the construction industry, she is currently working on renovating the Belmont-Paul Women’s Equality National Monument in Washington, DC.

Amy and her team are currently overseeing the renovation of this historic building, which was home to the National Woman’s Party for over 90 years – the center of the women’s suffrage and equal rights movements. This project comprises architectural and structural rehabilitation of this historical National Monument. Significant elements include full HVAC replacement, copper roof replacement, site work improvements, plaster restoration, and window restoration.

In a recent interview, Amy explained how she became part of the male-dominated construction industry, eventually becoming an executive and leader for HPM Contracting.

A Trailblazer in the Construction Firm

In Amy Mason’s case, it was accidental. During her senior year of high school, she intended on majoring in political science with a minor in history at Tulane University. However, the summer before she started college, she interned for a medium-sized construction firm. She quickly fell in love with the industry and the people.

After her first semester at Tulane, she switched her major to engineering, which was a huge switch for someone who had spent her life loving the liberal arts. She continued to intern at the construction firm over her summer and winter breaks, learning takeoffs, cost estimating, the procurement process, and attending project site visits. Ultimately, she graduated with a civil engineering degree and minors in history and architecture.

She worked at a top ENR firm over the years on various projects ranging from chiller plants, office renovations, transit stations, and mine reclamation to large federal projects, where she initially met Ray Hallquist, who was then a project executive.

Years later, after getting married and having a baby, Amy was looking for a place to settle down. She and her husband planted roots in Washington, DC, where her husband found a job.

Being the ambitious person she is, Amy reached out to Hallquist after learning he started his own construction firm and was now CEO/President of HPM Contracting. She encouraged him to open an office in Washington, DC.

In July 2021, it was official: Amy became HPM’s first female Vice President and the first to start HPM’s operations in DC!

One month after she started, she noticed the pre-solicitation for the Belmont-Paul project. She immediately forwarded it to her DC Project Manager, Eric Gunther, saying, “I think I’m in love with this project!”

During the pre-bid site walk visit, she thought it was ironic that the owner’s reps were majority women. She was the only woman representing a GC firm among all the other contractors.

In September 2021, National Park Services announced that HPM was the awarded contractor! Amy’s dream of working on this historical project came true!

Being a Woman in a Traditionally Male-Dominated Industry

“One of my biggest struggles throughout my career has been being given the same opportunities as my male peers,” she said. “Like in many families and home environments, men and women in construction tend to be assigned roles consistent with their genders; men with field supervisory roles and women with admin and support roles. I’ve constantly needed to advocate for myself, something that’s ruffled more than a few feathers.”

The Excitement of a Historic Contract

“It’s amazing to be part of the NPS (National Park Service) Belmont Paul Women’s Equality National Monument project!” Amy said about her current project. “It’s been quite a journey to get to where I am, and this project feels like it was meant to be.”

“Our proposal was competitive and considered the best value.”

“It’s an amazing honor and privilege to work on this project.”

Preserving the Legacy of Alva Belmont and Alice Paul 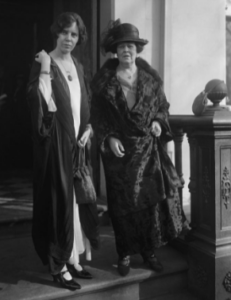 “In pursuing this project, we dove into the National Woman’s Party’s history for context and understood the gravity and importance of what we want to work on,” Amy said excitedly. “I appreciate the fire and drive of Alice Paul and the organizational strategy of Alva Belmont. Both women were major disruptors.”

With a smile and looking somewhat humble, Amy said, “I’m proud to play a minor role and be a part of preserving this vital piece of history. It’s so important to look back and see how far we’ve come and acknowledge that there’s still so much work to be done.”

More about Amy Mason and HPM Contracting can be found here.

We’d Love To Hear From You. Call Us Today! 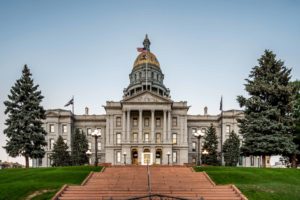 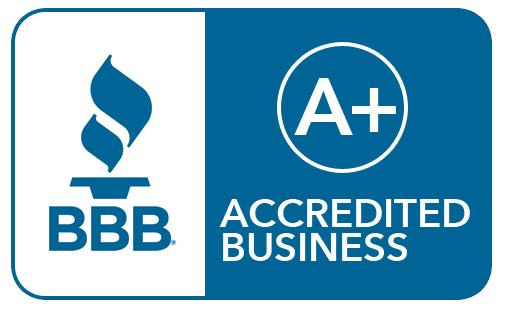 We do not discriminate on the basis of race, color, religion, national origin, sex, age, disability, genetic information, or any other status protected by law or regulation. It is our intention that all qualified applicants are given equal opportunity and that selection decisions be based on job-related factors.

Answer each question fully and accurately. No action can be taken on this application until you have answered all questions. Use blank paper if you do not have enough room on this application. In reading and answering the following questions, be aware that none of the questions are intended to imply illegal preferences or discrimination based upon non-job-related information.